WE FEEL HAPPY AND ALIVE IN NATURE

We got to know Pelion in the mid-nineteen-eighties. Then, after studying Economics, I was doing my military service training with the Air Force at the air base in Nea Anchialos. Whenever I was off duty, I would go out in Volos and the surrounding area. On the weekends when I had leave, Marianna would come and we’d go on trips to Pelion. One evening we slept in sleeping bags on Papa Nero beach. We were alone on the beach, with a few house lights twinkling on the mountain behind us. Above us, the stars shone in the night sky. A gentle breeze was blowing and suddenly a shooting star formed a bright arc across the sky and then died. I can’t remember if I made a wish or not, but that bright arc has carved itself into my memory. After that we continued visiting Pelion regularly as tourists. It was our love of the area, and in particular Tsagarada, that led us, almost magically, to buy the plot of land in 1992 on which stands AMANITA today. We had no clear idea what we wanted to do with it, except perhaps build a small country house for holidays and relaxation. It was not until a decade later that we decided to breathe new life into the ruins of the manor house, and share it with friends by turning it into a guesthouse. During the four years it took to rebuild the house, we really started to get to know the mountain, which the Ancient Greeks had shrouded in legend, the most famous of which is that of the centaurs.

AMANITA Guesthouse was ready to welcome the first visitors by the summer of 2006. Since then our aim is to offer to our guests relaxation and detoxification from the hectic modern life-style, along with a real “Mt. Pelion experience”, by putting them in touch with local history, gastronomy and culture.

After years of struggle with the lush vegetation, the buildings of the guesthouse are now surrounded by a large organic garden. Our famous breakfast makes use of organic fruit and vegetable from our garden as well as products of small local producers. Our guests have easy access to some of the most beautiful beaches of the Aegean and may join our walking tours to collect wild herbs, sprouts and mushrooms, as well as our kitchen lessons and workshops about the use of herbs for culinary and medicinal purposes.

Book this room today and reserve your spot.
Book now

The couple behind the Amanita project 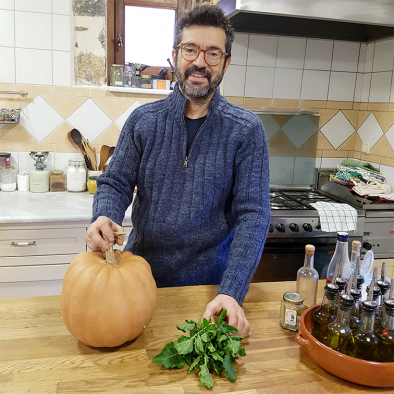 Give Us a Call

Send Us an Email

Drop By and Talk

What a wonderful place! The hosts and owners, Marianna and Filaretos, are incredible people. Everything here is amazing, provided you love nature, great food, and supporting local traditions...Amanita should become the future of hospitality!
Yannick MIGOTTO
We had the most enjoyable time at Amanita, Filaretos and his family are outstanding hosts. The breakfast was out of this world and the knowledge about local cuisine we gained from talking about the ingredients was huge.
anavio2000
We spent 14 marvellous days at this very special place and enjoyed a really overwhelming breakfast with all kinds of fruits and vegetables and other products out of Filaretos‘ garden and the surroundings. We swam in the seas on both sides of the peninsula and we climbed the mountains between them, always with a taste of Mariannas’ and Filaretos’ handmade delicacies; sometimes having some of them with us for a picnic. Thanks to them ! A highly recommendable place!
th0masbinder
Previous
Next